Sally has appeared at the club several times, as part of IOTA, with Anna Ryder and club patron, Marion Fleetwood. Tonight she’s doing a solo set. Sally famously made Sir Tom Jones cry, with her wonderful renditions on ‘The Voice’.

Sally has been around for decades but her voice just gets better with age. Whether she is singing to seven million on the final of TV’s ‘The Voice’ or to 7 people in a local folk club Sally is the consummate professional. She has the ability to lift the words off the page as if you were hearing them for the first time.

The emotion and passion in her voice, the vulnerability and fragility of her vocal is an art that not too many singers can master – Maverick Magazine 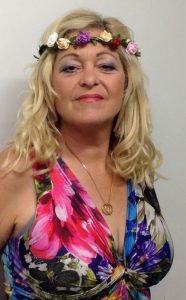