Songs that are honest, melodic, and often melancholic. Adam grew up in Kent and after living in London for the last 5 years he is now based in Oxfordshire. Since moving Adam has played a number of folk clubs in the surrounding area.

Adam is often compared to contemporary folk artists like James Taylor, Donovan and Ralph McTell. His most recent EP “Sun in The Sky” was recorded in 2019 at L Sound London.

“So warmly familiar. Music fuelled by kindling and balls of scrunched up newspaper” (The Folkroom)

“…the sound of a true songwriter” (Tony Birch – FATEA) 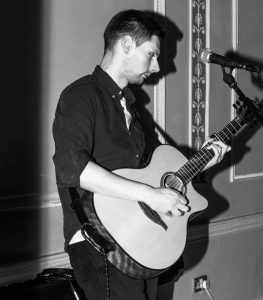 Support is from Don Thompson, who in addition to being a performer in his own right, runs nearby Brackley Folk Club. 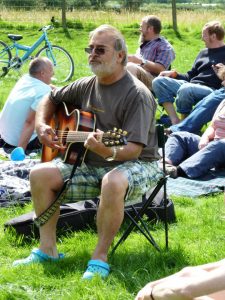