A delightful return to the club, for this talented lady. Rebecca played classical piano and violin for years but got to know the folk music scene when she moved to Oxfordshire. She now provides violin and vocals in folk/indie band Liam Vincent and The Odd Foxes, and has begun writing solo songs using piano and violin. Her first EP will be released in 2022. 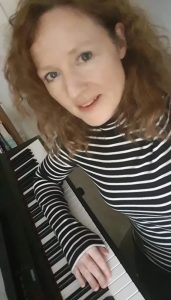 Support is from Russell Heyworth, a singer – songwriter – poet from Northampton, who played bass for many years and 2 years ago decided to have a go at singing and writing. Since then he’s composed over 100 songs and written 100 pages of poetry. He’s kept pretty busy around the Northants region either solo or with his laid back band. Playing original material, his songs range from modern folk narratives, relationship philosophy, to the ups and downs of living in Northampton. He runs the “Hushed” acoustic nights at The Lab, Northampton and has a radio show on NLive Radio 106.9FM. 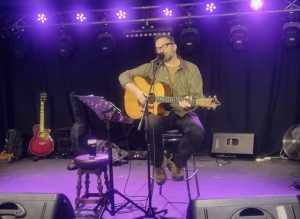