Just a year ago John Mosedale was a stranger to the folk scene, but it didn’t take him long before he started making new friends with his blend of original funny songs and more thought-provoking autobiographical material. His warm cuddly personality is endearing. Last year he made his debut at the club with a support slot and also played an acoustic set at Banbury Folk Festival.  Since then he has been honing his craft around the folk clubs of the midlands and enjoying every minute of it. In March this year John released his first EP and all being well there is an album planned for later in the year. Some say he is Herefordshire’s best kept secret (His wife would certainly like to keep it that way, having been the butt of many of his jokes). John is delighted to have been invited back to entertain you and he would love to see you at what promises to be a fun evening.

Support is from Dawn Iverson. Dawn is a talented singer/songwriter who captures the essence of her songs through beautiful vocals and guitar playing. As well as a plethora of covers, taking you through many genres of music, Dawn really comes to life through her songwriting proving she is a true and talented artist. Her writing is a letter to the soul, drawing on her own experiences and leaves her heart on the page and instilled in the minds of her captive audiences. Dawn began playing music at the age of 10, when her parents, fed up of listening to the recorder, sent her for piano lessons. She picked up a guitar at the age of 17, gave up for a while, then started playing again in 2016, doing her first open mic in March 2017 and has not looked back since.  As well as a range of covers, she writes songs based on her own experiences and emotions, and even a year ago, she never thought she’d be performing them to people who would want to listen! She uses music as therapy and as a way to express herself – as well as for fun! 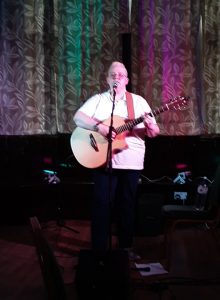 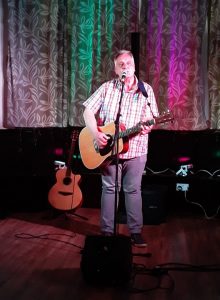