We were surprised that we have never had a Welsh night, given that we have a most talented young Welsh lady, who is a keen supporter of the club. That is now being rectified! Linda, and her Bandmate from Noah’s Cape, Marian, will be certain to provide a very entertaining night.

Also on the Bill, we have two more very talented performers.

Dr Carwyn Tywyn is from Burry Port in Carmarthenshire, and says he enjoys all forms of music – folk, country and bluegrass, classical and good old 1980s pop.  He supports AFC Wimbledon and dabbles  in collecting coins and football programmes. He will be entertaining us with his wonderful harp playing.
He loves to travel with his harp and also loves to record the places and memories of where he has played on his blog. We are guaranteed to hear the true flavour of Wales in tune and song in what promises to be a unique evening.

Siân Phillips is no stranger to Banbury, Siân is held in great esteem by audiences and fellow musicians across the UK but, did you know, Siân is a fifth generation fiddle player with roots back to the chapel fiddlers of the Swansea Valleys?! She has graced many festival and folk club stages across the world, sharing the limelight with famous names but still shining in her own right. With such a heritage you can be sure of some cracking Welsh tunes and what’s more an insight into Wales and its people from a perspective not often seen across the border here in England. 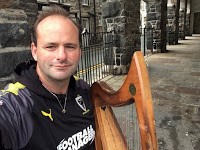 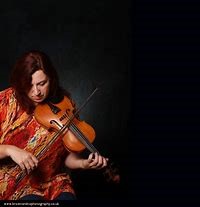 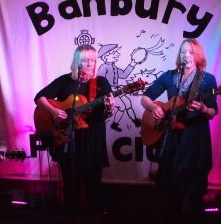