Nick Dow has been singing traditional Folk Songs for over Forty years. He has had a big influence on the Folk scene and most recently award winning English Folk Musician Jim Moray has quoted Nick as an influence singing two songs from his repertoire and including one {Seven Long Years} on his latest album ‘Skulk’
Nick is an acknowledged expert on West Country Folk Songs and together with his wife Mally ,has collected over 300 songs in Dorset, and also found singers in Lancashire and Essex
He has also made recordings of Gypsy Singers some of which have been included on Topic Records series ’The Voice of the People’
Nick Dow has returned to the Folk Scene after a long absence. He spent several years building up his business of Signwriting and building and restoring Gypsy Wagons.
Nick has lived an amazing life. From a rough childhood in South London, he has lived on his wits since he left home at eighteen; travelling half way round the world, living on the road with the Travelling Folk and learning their songs, working as a TV and Film Extra, broadcaster, Narrowboat painter, writer, Folklorist, Guitar Teacher and General Dealer.
Every song Nick sings has a story attached to it, and his gigs are as informative as they are entertaining.
Nick and Mally now live happily in East Lancashire surrounded by Moorland and Fells. The last time Nick was at the club, was for an open session (SSLaP night) back in 2012, where he was very well received. 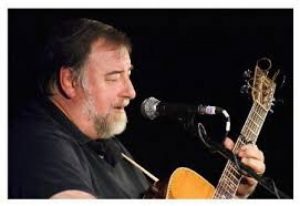