Russell and Dave are not actually brothers, and although they do like a sad song, they are not always melancholy.  They have been playing together for longer than they care to remember and have made two albums of original material – The Melancholy Brothers (2015) and Until the Sun Goes Down (2018).  Both albums feature thoughtful lyrics with their trademark vocal harmonies and finely-crafted guitar arrangements.  In live performance they feature a mix of their own songs with carefully-chosen covers, often of songs which you don’t often hear in a folk club! 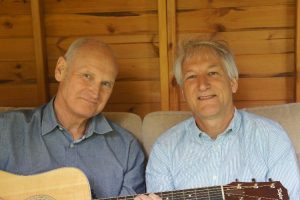